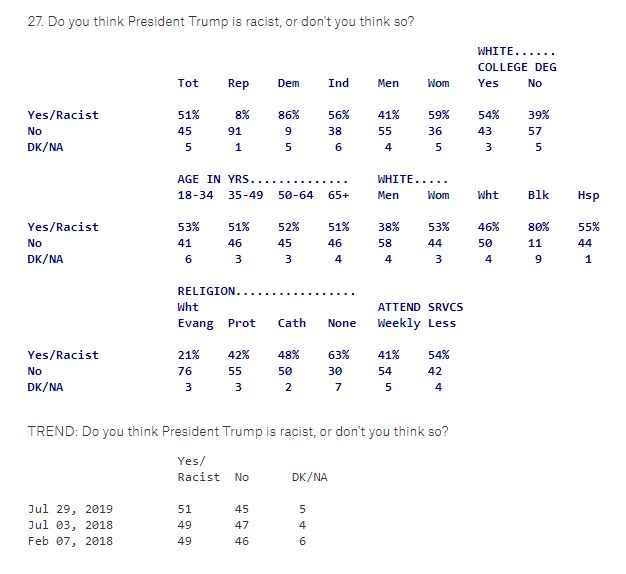 A Quinnipiac poll released July 30th, 2019, found that 51% of Americans believe yes, Trump is a racist, and 45% believe no, Trump is not a racist.  When you break it down by race, 80% of Black Americans, but only 46% of White Americans, think Trump is racist.  Men are by far the least likely to believe Trump is a racist at only 38%.  That means a sizable majority of white males are going to be my ideological enemy.

Robert Mueller's report leave no doubt the Trump administration is corrupt to its core.  Those who stand with Donald Trump are standing with Putin and all the other despots around the world.  This is the logical perspective to have following Mueller's testimony where he definitively affirmed the Trump campaign colluded and obstructed justice. If you look at this report and think, "Well gee, this guy who broke multiple laws to gain power, I think I ought to stand with him," you and I will not get along.  I've made it clear, if you stand with Donald Trump, you're disloyal to America.

Look at how that cleaves down.  You pretty much have to be a racist to be a Trump-supporter at this point. There's no way you could support Trump and not-be a racist, and from the data the most at-risk of being a Trump-supporter is a white Evangelical male.  Super interesting.  Let's look at other stuff. 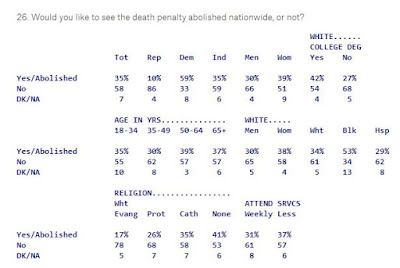 The death penalty is inherently unjust.  One would have to assume an infallible justice system administered by infallible humans with infallible knowledge of crimes being committed.  None of that is true.  We have a deeply flawed system with mere humans running the machine, with imperfect knowledge and insight of what's happening.  We already know the criminal justice system is racist, and that's played out in how the death sentence is administered.  It's much more likely for a minority person to be given the death penalty than it is a white person. The racism is encoded in the system.

Equally damning is breaking it down by religion.  White Evangelicals are most thirsty for blood, almost to the level of Republicans.  Of all the religions, the most merciful group was the group that had no religion at all.

BUT THE BIGGEST REVELATION OF ALL lies between two different questions: 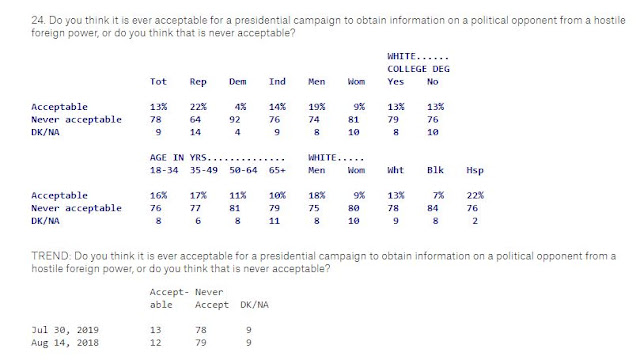 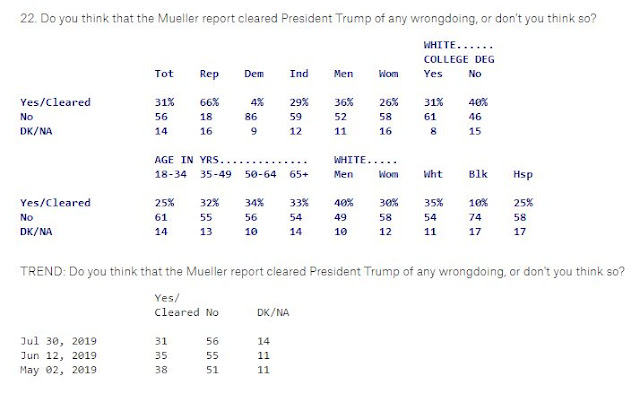 Will Republicans abandon their principle to refuse information from a foreign hostile entity for the sake of power?  Most likely, yes!